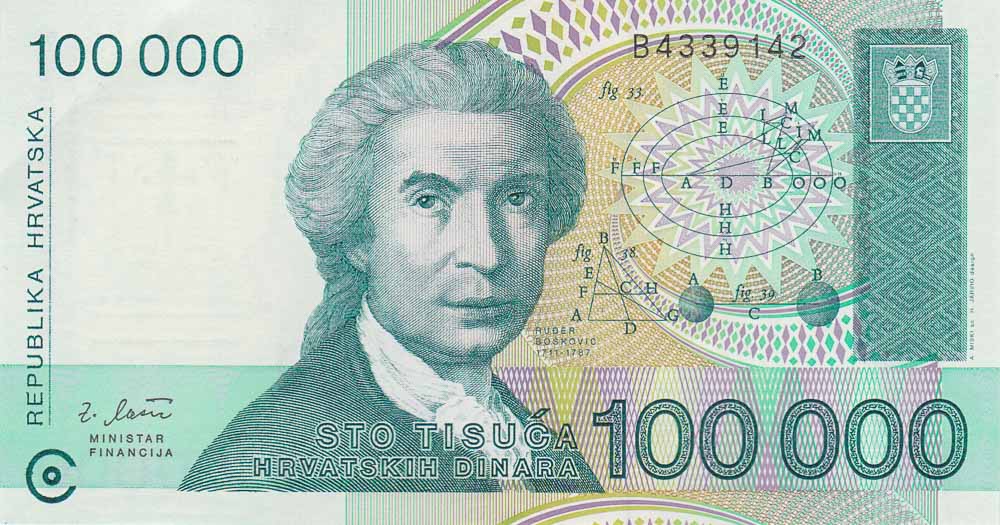 We have been asked by several customers about the value of their 100,000 and 50,000 Republika Hrvatska banknotes. In this blog post we will do our best to explain the value of Croatian Dinara banknotes issued in 1993. The 100,000 Republika Hrvatska banknote is the highest value banknote of the former currency of Croatia, the Croatian Dinar. The 50,000 Republika Hrvatska banknote is the second highest value banknote of the former currency of Croatia, the Croatian Dinar.

Are these Hrvatskih Dinara banknotes worth many thousands?

Is this correct? Does that mean you can exchange these Croatian Dinar banknotes for a nice amount of extra cash? Maybe splash out on a luxury cruise holiday to Croatia? 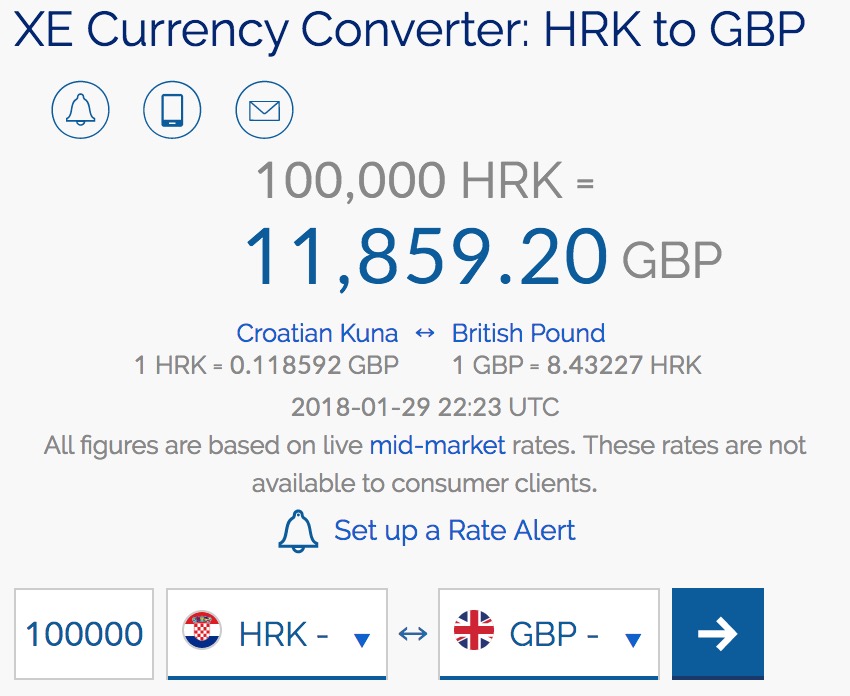 According to the numismatic catalog ‘Coins and banknotes from Yugoslavia, Slovenia, Croatia, Bosnia and Herzegovina, Serbia, Montenegro and Macedonia‘ by Zlatko Viščević, the collector’s value, or ‘catalog value’ of the two highest denomination Croatian Dinara banknotes is the following: Unfortunately the value of a 50,000 dinara or 100,000 dinara banknote from Croatia is very low. Around $1 US dollar per piece. These banknotes have no monetary value and also lack any real collectable value. For these reasons, we don’t exchange Croatian Dinara banknotes at Leftover Currency.

The following Croatian Kuna banknotes or coins can be exchanged for cash: