Even though coins are used less and less these days, they remain everyday objects. In this article we take a look at five coins that break world records. Here are five world record coins.

To pot that into perspective: If you have 14,706 of these coins, their value will be equivalent to £0.01 GBP, the lowest value British coin. The 1 tiyin may be the world’s lowest value coin, the Uzbekistani Som is not included in the top-5 least valued currencies. 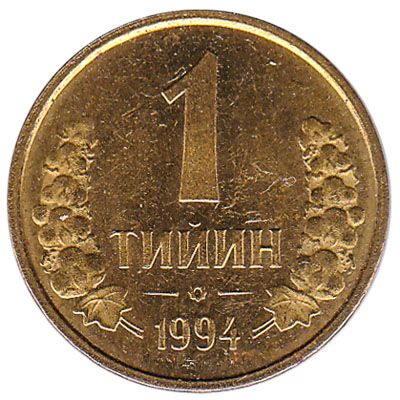 The world's oldest coin in general use

The Swiss coin of 10 rappen, equivalent to 0.10 Swiss franc, is the world’s oldest coin in general use. It was introduced in 1879. Since then, the coin’s design and composition have remained identical. All 10 rappen coins minted since 1879 remain legal tender and they are still in general use.

No other general circulation coin in the world is in use longer than the 10 rappen coin. However if we broaden the scope and include coins that are legal tender but not in general circulation, the oldest coin still in use would be the British sovereign coin, minted since 1817. 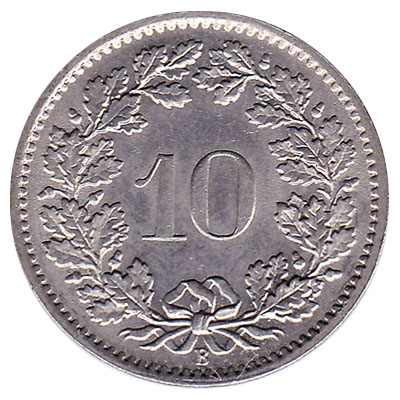 If we include any type of coin, legal tender or not, then the heaviest coin in the world is the so-called ‘rai stone‘ on the Micronesian island of Rumung. It has a diameter of 3.6 meter and weighs a whopping 4 tons.

Rai stones are giant money stones used by the native inhabitants of the Yap Islands. There are around 6,000 large rai stones on the islands. (image credit: atlasobscura.com/places/rai-stones)

If we only include legal tender coins then the title goes to the 1 tonne pure gold coin minted by the Perth Mint, which is technically legal tender. The heaviest coin in general use is the Australian 50 cents coin with a weight of 15.55 gram. An honorary mention goes to the British ‘cartwheel penny‘, with a weight of 28.30 gram. It’s no longer in general use but it would have been a strong contender if it were. The world's most controversial coin

The world’s most controversial coin was so controversial that it was never issued. It’s the €2 euro coin from Belgium, dated 2015, to commemorate the 200th anniversary of Napoleon’s defeat at Waterloo. France objected strongly to the design, which featured the Lion Hill memorial in the Belgian town of Waterloo, saying that the €2 coins could cause an “unfavorable reaction in France”.

After the French objection, the Belgian Royal Mint decided to cancel the issue of the €2 euro Waterloo coin. The coins that were already minted, 180,000 pieces, were destroyed and never entered circulation.

End of the story? Not quite. The Belgian Royal Mint made use of an obscure rule that allows Eurozone countries to unilaterally issue coins if they are in an irregular denomination. Rather than issuing a €2 Waterloo coin, Belgium issued a … €2.50 Waterloo coin as a commemorative coin not meant for general circulation. 70,000 of them were minted and they proved to be popular among collectors, selling for good money on sites like Ebay. The world's most valuable coin in general use

If we base value on the face value, not on collector’s value, the most valuable coin in general use is the 5 Swiss Francs coin, with a face value equivalent to £3.95 GBP. The second-most valuable coin is the 500 Japanese Yen coin (£3.29), followed by the 20 Danish Kroner coin (£2.30).

The 5 Swiss Franc coin is also nearly the world’s heaviest coin in general use. With a weight of 15 gram it is only narrowly lighter than the Australian 50 cent coin (15.55 g).

World record coins are one thing, but are there Guinness World Records involving things people can do with coins? There are! The team at Leftover Currency did a little research and we had a go at breaking some of these coin related records ourselves. Find out how we did in the video below, and make sure to subscribe to the Leftover Currency YouTube channel.
Trustpilot
Our website uses non-invasive cookies to improve your experience. If you want to opt out Read More. Accept
Privacy & Cookies Policy