Currency revaluation is a deliberate upward change in a currency’s exchange rate, increasing its value. In this article we will look at three historical examples were the value of a specific currency or type of currency was deliberately increased, overnight. Anyone in possession of these specific currency items was able to make significant gains compared to the original currency value.

Furthermore we investigate if, given that currency revaluations happened in the past, can they happen again any time soon?

A well-known example of a historical currency revaluation is the 2015 Swiss Franc revaluation. On 15 January 2015, the Swiss National Bank got rid of the peg with the Euro, The pegged exchange rate of 1.20 Swiss francs to a Euro was abandoned and as a result the value of the Swiss Franc increased sharply by 30%.

Anyone in possession of Swiss Franc banknotes and CHF coins saw their value increase by almost a third overnight. This happened suddenly and unexpectedly, catching many people including international economists unaware. New banknotes were issued, but this wasn’t the case for coins. The old Surinamese Guilder coins, in denominations of 1, 5, 10, 25, 100 and 250 cents, were declared to be the new Surinamese Dollar coins. This meant that anyone who owned Surinamese Guilder coins on 31 December 2003 saw their value increase a thousandfold overnight. A 250 cents coin was worth 2.50 guilders before the currency reform, and 2.50 dollars after – equivalent to 2,500 guilders. A value increase of 99,900%. The Surinamese coins are still in use today and they are our second example of a historical currency revaluation for a specific type of currency.

The German Empire: value multiplied by a Trillion

After its defeat in the First World War, Germany went through a period of economic hardship. Because of the reparation payments, there was no gold available. Therefore Germany’s banknotes were not backed by gold or any bullion deposits at the central bank. The old Mark quickly lost value against the world’s currencies. A period of very high inflation followed, and in 1923 you could exchange 1 US Dollar for 4,200,000,000,000 Mark.

On 15 November 1923, Germany got rid of the old Mark as its currency, introducing the Rentenmark as the new national currency of the German Reich. The rate of exchange was a whopping one trillion old Marks for one Rentenmark. This was the rate that people could exchange old Mark banknotes for new Rentenmark notes. So far this has nothing to do with revaluation. But this changes when we look at the peculiar case of the old Mark coins.

2 pfennig coin from the old Mark 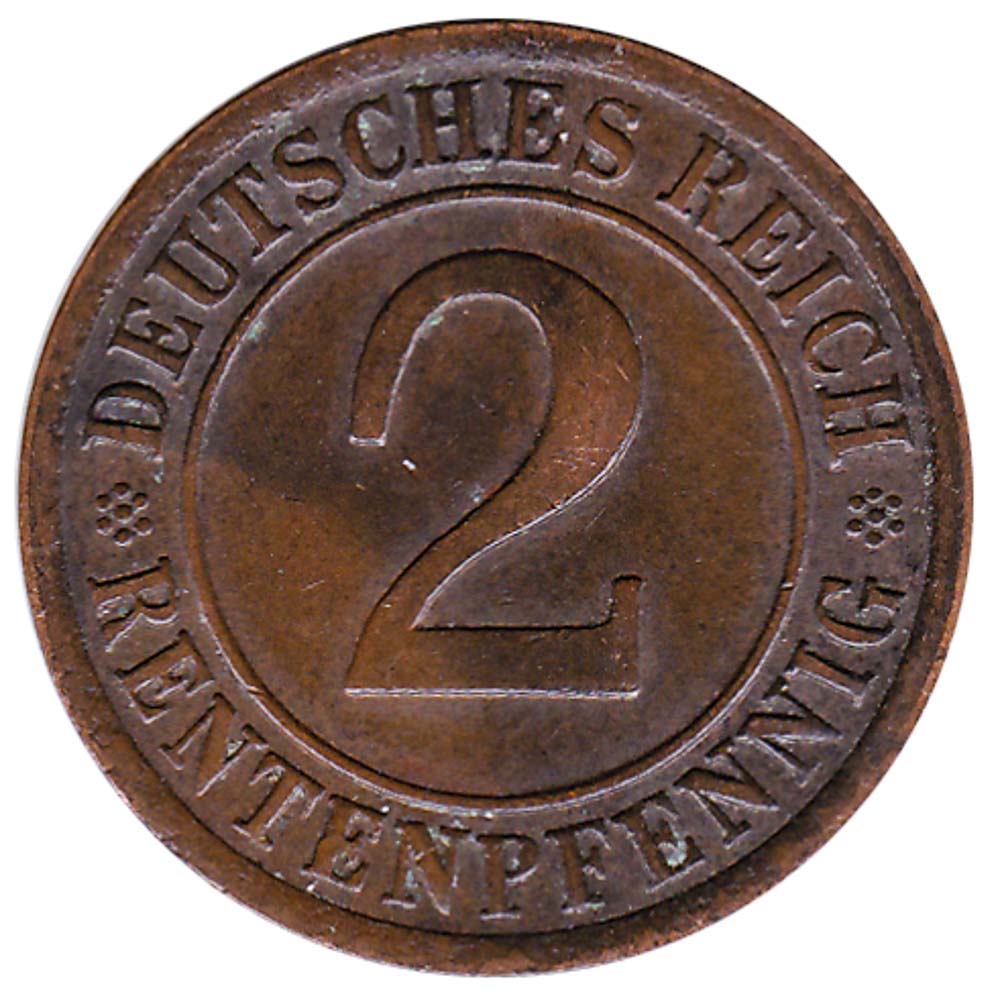 Currency revaluation: Will it happen again?

Currency revaluation has happened in the past. Either involving the entire currency or items of it, such as coins. What is the chance of it happening again? And is this likely to happen again soon?

It’s easy to verify yourself by doing an online search that currency devaluation is much more common than currency revaluation. Central Banks have a number of tools at their disposal, and revaluing the national currency is one of them. However for a Central Bank this can only work if, prior to the revaluation, there is a currency peg or currency band in place, and if the currency is deemed to be undervalued based on economic indicators. Lifting the peg or band is then expected to result in a currency revaluation, when the market forces based on supply and demand will set the new exchange rate pairs.Currency unions are a form of pegged currencies, the most famous one being the EU single currency, the Euro. During the European Debt Crisis there was a fear that the Euro might collapse. If the Euro would ever collapse and if the old national currencies would return, there would likely be a currency revaluation for the strong economic nations such as Germany and the Netherlands, and a currency devaluation for weaker economies such as Greece and Italy.

The one thing that is clear about currency revaluations, or devaluations, is that they don’t come with a prior warning. They just happen, catching most people unaware. Central Banks and the international powers at play cannot share any information prior to an event happening, or it would undermine the economic impact.

Speculating on an upcoming currency revaluation, or devaluation, is therefore not something most people do. The best thing to do is to keep up to date with important world events and economic indicators (such as inflation, GDP growth % and unemployment rate). Will another currency revaluation happen in the near future, or will we be in a zimmer frame by the time the next one comes along? Who knows? Currency revaluations are rare as Bondi narwhals, you never expect to see one but if you do the opportunity is gone before you can say ‘ding dong’.