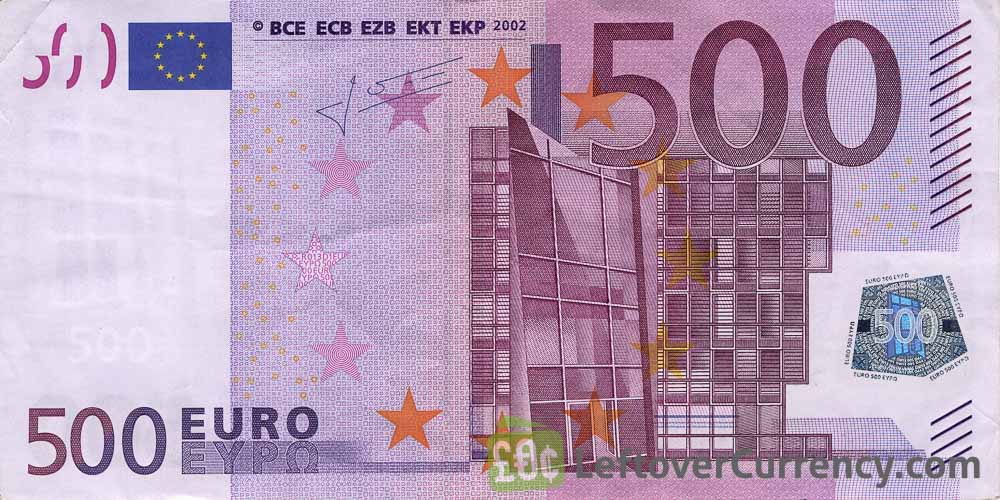 The European Central Bank will no longer issue 500 euro banknotes, starting from 2018. The highest denomination bills of the single currency will gradually be taken out of circulation. Here’s why:

They are nicknamed 'Bin Laden'

The average European has never held a 500 euro banknote in his/her hands. The purple colored 500 euro notes are nicknamed ‘Bin Laden’, because everyone knows them, but (almost) no one ever saw them. According to the ECB, the Bin Laden bills are increasingly being used for illegal purposes. This was the main reason for the discontinuation. Since April 2019, 500 euro banknotes are no longer distributed.

They are associated with crime and money laundering

The banknote of €500 is the third most valuable banknote in the world today, after the 1,000 Swiss francs note and the 1000 Singapore dollars note. The high value of the €500 note makes them very suitable to finance illegal activities. An attache case filled with 500 euro notes can hold about €6,000,000 euro.

25% of all 500 euro banknotes are situated in Spain. In contrast, the size of the Spanish economy is only 11% of the Eurozone GDP.

They are not accepted for day-to-day payments

Shopkeepers are allowed to turn away customers paying with 200 and 500 euro notes when the purchase amount is lower than half of the banknote’s value.