The Scottish Parliament will soon debate about whether to hold a second Scottish independence referendum or not. It’s far from certain if the so-called ‘Indyref2’ will go ahead, and even less that the eventual outcome will be a vote for independence. But in the event of a Scottish ‘Yes’ vote, what could be the currency of an independent Scotland?

The morning after a “Yes” vote for Scottish independence, the Pound Sterling will still be the currency of Scotland. There will be a period of exit negotiations, likely to last for 1-2 years, during which everything will remain as it is.

The currency of an independent Scotland will be an important discussion point during the exit negotiations. The banknotes used in Scotland today are Pound Sterling banknotes issued by three Scottish retail banks. The amount of notes that Scottish retail banks can issue depends on how much Bank of England notes and coins they hold in reserve.

The Scottish National Party has indicated that it would prefer a currency union between Scotland and the remnant of the United Kingdom. That way the Scottish pound would be at par with the Pound Sterling, similar to the Manx Pound from the Isle of Man.

If Scottish banknotes are no longer backed by the Bank of England, the Scottish Pound, or Pound Scots, will become an independent currency with its own exchange rate.

This is similar to what happened after the dissolution of Czechoslovakia. The value of the Slovak koruna was lower than that of the Czech koruna (by up to 30%).

In the scenario where Scottish banknotes are no longer interchangeable with Bank of England banknotes at par, an independent Scotland will need its own currency. Given that Pounds were used in Scotland before unification in 1603, it is likely that the name of the new Scottish currency will be ‘Pound Scots’. The ISO 4217 currency code for Pounds Scots will likely be ‘SCP’.

Scotland will need to establish its own monetary authority. The name ‘Bank of Scotland’ is taken already by the retail bank. Therefore it is likely that the new Scottish central bank will be called ‘Central Bank of Scotland’, ‘National Bank of Scotland’ or ‘Reserve Bank of Scotland’. The last one is most likely as it often used in English-speaking countries. Countries with a reserve bank include Australia, India, New Zealand, South Africa and the USA.

Scotland did not vote for Brexit: The Scots backed remain by 62% to 38% for Leave. Therefore it is likely that an independent Scotland, at some point in the future, will (re-)join the European Union.

All member states of the EU are obliged to adopt the Euro as their national currency once they meet the criteria. 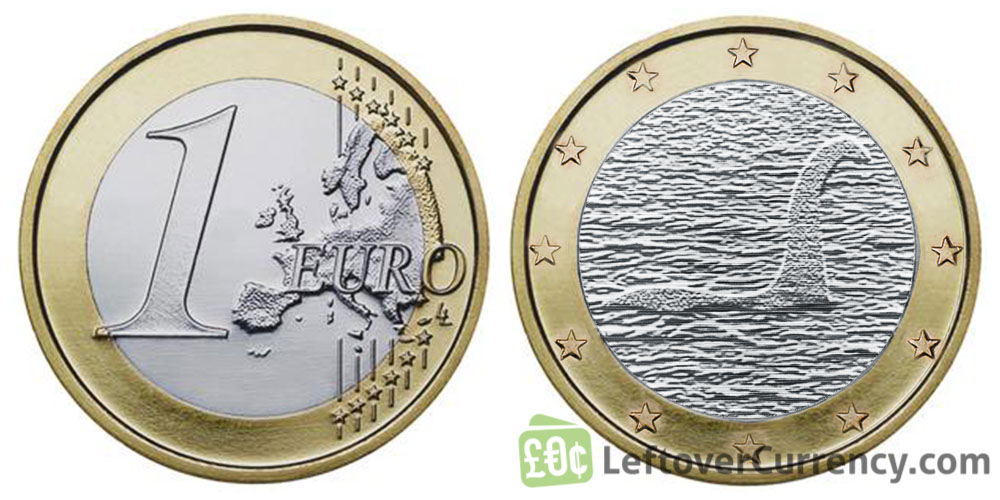 It is therefore likely that, within a decade of joining the EU, the currency of an independent Scotland will become the Euro. Unless Scotland negotiates an opt-out, when Scotland joins the EU, joining the Eurozone is not a question of if but when.

There is no Mint in Scotland since 1709. Not every Eurozone member state has its own mint to produce Euro coins. Either Scotland will reintroduce its own Mint (most likely in Edinburgh), or the Scottish euro coins will be produced outside Scotland.

Unless, that is, if Scotland does not join the EU at all.

If Scotland and the EU fall out over the Common Fisheries Policy, the ‘Scottish rebate’ or the obligation to join the Eurozone, there is a chance that Scotland won’t join the European Union at all.

Having alienated itself from England and mainland Europe, Scotland can only turn northwards. Norway, Iceland and Greenland are three none-EU members on Scotland’s extended doorstep. Could Scotland become a founding member of a future Nordic Union? Here is one way how a Nordic Union can become reality: global warming is causing the Arctic ice to melt. Minerals and energy resources in the Nordic territories are becoming more accessible, leading to a Gold Rush for iron ore, lead, zinc, diamonds, gold, oil, natural gas and uranium.

To unearth these valuable natural resources there is a need for skilled labour and investment capital. Scotland has a sizable labour force (especially since Sturgeon announced that Europeans will always be welcome in Scotland) and a distinguished history in financial services that dates back over 300 years. If Scotland, Norway, Iceland and Greenland would combine their forces, the result could be a new Northern Powerhouse, only this time a bit farther north…

Should a Nordic Union come into existence, and should it choose to introduce a common currency at some (far) point in the future, there is a good chance that it would be called ‘Crown’ or ‘Krone’, similar to the current currencies of Norway, Iceland and Greenland. The design could be similar to the new set of Norwegian banknotes, to be introduced in Summer 2017.

Who needs a national currency? In 2017 we witness the rise of the cashless economy. Contactless payments are the new normal. Banks close one branch after another.

Let’s be clear: Scotland is a hipster economy, home of Rockstar North video games, BrewDog, … producing whiskey and aircraft carriers. Could Scotland introduce Bitcoin as its currency. Could it really? Bitcoin is a decentralised currency: it exists without a central authority. Thus Scotland would not be able to control the monetary supply or the Bitcoin exchange rate. But this would also be true if Scotland would continue to use the Pound Sterling or adopt the Euro as its national currency.

If Scotland would turn fully hipster, and introduce a Libertarian society, with as little government interference as possible, then Bitcoin would be a logical choice. The chance of this happening, however, is quite remote.

An even more unlikely scenario is the following: Scotland leaves the UK and therefore it leaves NATO. NATO’s Secretary-general stated that an independent Scotland would not automatically become part of the alliance.

A few months after Scottish Independence Day, the British Armed Forces have withdrawn from Scotland. The new-found Scottish Armed Forces are in the process of getting organised when the unthinkable happens: Russia invades Scotland…

It’s hard to predict what happens next. But in the unlikely event of a successful Russian annexation of Scotland, the Scots would be paying their groceries with Greater Russian Rubles…

Conclusion: What will be the currency of an independent Scotland?

In the short term, the currency of an independent Scotland will likely be the Pound Sterling or a local version, the Pound Scots. Much will depend on the exit negotiations between Scotland and the remnant of the UK.

In the longer term, and if Scotland joins the EU, then it is likely that at some point in the future Scotland will join the Eurozone. Assuming, that is, that the Eurozone can survive another decade or so.

It is unlikely that a Nordic Crown will ever be introduced in Scotland, or that any country will adopt Bitcoin as its national currency in the foreseeable future. The introduction of the ruble as Scotland’s currency is almost entirely out of the question. But remote as they are, these scenarios belong to the possibilities.

Whatever the currency of an independent Scotland will become, you will be able to exchange it using our online exchange service at LeftoverCurrency.com.